Born in New York, Mr. Greenblatt received his Juris Doctor Degree at Rutgers University School of Law – Camden. He became a member of the New Jersey Bar and is authorized to practice in Federal including the Supreme Courts and all State Courts. He has practiced law extensively in Atlantic, Burlington, Camden, Cumberland, Gloucester and Mercer Counties for over 45 years. 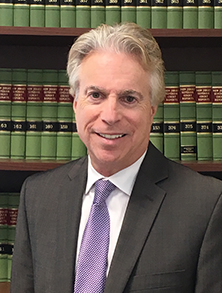 He has served as Vice-Chairman of the Voorhees Zoning Board and Public Defender. He presently serves as Prosecutor for Voorhees Township for the past 16 years. Mr. Greenblatt has lectured to numerous legal and professional groups including People’s Law School, Camden County Bar Association, South Jersey Investors Group and New Jersey Apartment Association. He has also been chosen by South Jersey Magazine as a “Top Attorney of South Jersey”, and approved as a Real Estate Continuing Education Instructor by the State of New Jersey.

Jules A. Lieberman received his Juris Doctor Degree from Rutgers University School of Law, Camden. He has practiced law in Southern New Jersey for over 40 years. 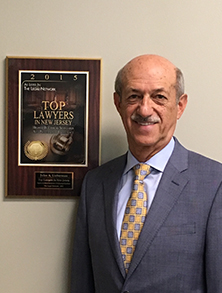 Recognized as an Expert in his field of Law, Mr. Lieberman has been selected as a Leading Landlord/Tenant Attorney by his peers in South Jersey Magazine polls. In addition, he has the distinction of being named one of the, “Top Lawyers in New Jersey” by the Legal Network. This designation is awarded to those attorneys with the highest ethical standards and professional excellence.

His major source of referrals comes from extremely satisfied clients.

Mr. Weishoff is renowned as one the most experienced litigators in New Jersey Landlord/Tenant and Municipal Court.   He has represented thousands of landlords and tenants regarding evictions, lease disputes, habitability hearings and property management.  He served as Burlington County Assistant Prosecutor and Municipal Prosecutor in towns throughout New Jersey, including:

He has also successfully tried and negotiated thousands of municipal court violations ranging from driving under the influence to domestic violence disputes.

After serving in the United States Army and graduating from law school, Mr. Weishoff was the very first law clerk in Burlington County history.  In this role, Mr. Weishoff helped to shape the practice of law for the entire county.  After completing his public service, Mr. Weishoff moved into private practice.

Mr. Weishoff has represented landlords in every court from local municipalities to the New Jersey Supreme Court.  Mr. Weishoff’s arguments before the Supreme Court in Community Realty Management v. Harris, 155 N.J. 212 (1998) reshaped landlord/tenant practice throughout New Jersey.   Afterwards, he worked with the New Jersey Special Civil Part Practice Committee to draft proposed instructions and rule amendments which are still followed to this day.

Mr.Richards graduated with honors from Rutgers University, in New Brunswick, NJ where he majored in History. In 1999 he graduated, again with honors, from Rutgers School of Law, Camden, NJ. He was admitted to the New Jersey and Pennsylvania Bar in 1999, where he is licensed to practice law before the United States District Courts. Mr. Richards practices landlord tenant law, bankruptcy, and real estate law. He maintains memberships in the National Associate of Consumer Bankruptcy Attorneys, the Burlington County Bar Association, the New Jersey State Bar, the Pennsylvania State Bar, and the American Bankruptcy Institute.

He received his Juris Doctor Degree from California Western School of Law in San Diego in 1986. Mr. Pohle was admitted to the Pennsylvania Bar in 1986 and the New Jersey Bar in 1987.